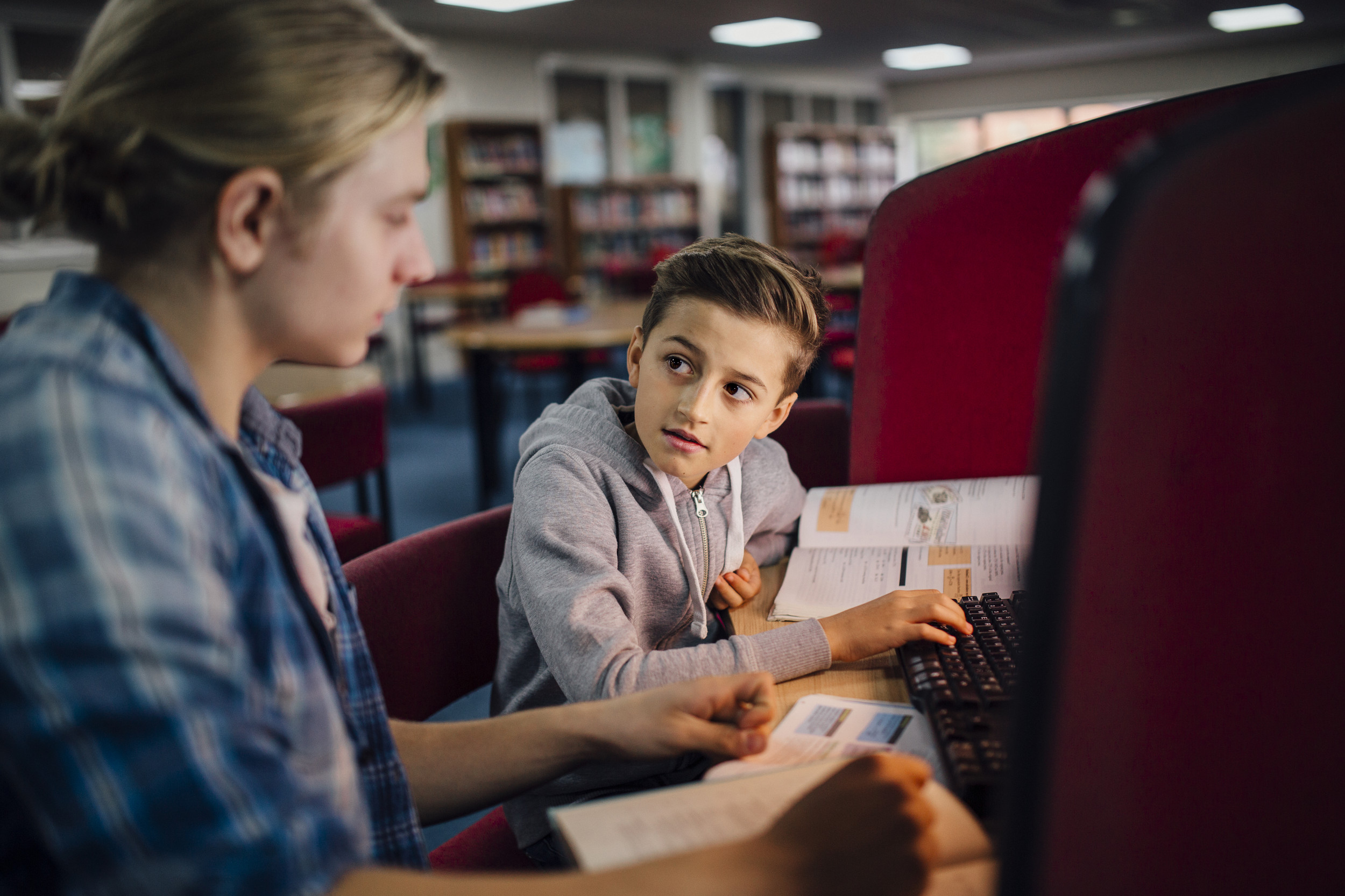 Leaving a legacy to future generations

Leaving a legacy to future generations

For most of her career, Dorothy Keenan worked with older adults, eventually becoming the supervisor of senior services in Fairfax County, Va. But three years ago, as a retiree, she decided to focus on the younger generation, volunteering at elementary schools that primarily serve lower-income children.

Keenan, 66, is now the unpaid coordinator of GrandInvolve, which places more than 100 older volunteers in six schools as mentors and classroom assistants. During a typical stint, Keenan will take aside five children to play games that support the teacher's lesson plan. Besides helping the kids with reading and writing, Keenan says she reinforces their learning by "showing there is an older person interested in seeing them become successful."

The children are particularly fascinated by Keenan's age. One commented on her "soft" skin. They're interested in her "bad" back. "I may be their only link to an older person," says Keenan, who lives in Burke, Va.

Intergenerational volunteer programs such as GrandInvolve are the focus of a new campaign of Encore.org, which promotes second-act jobs and volunteer work to solve social problems. Its Generation to Generation initiative aims to encourage older adults to employ their skills to help children and young adults. "These are puzzle pieces that fit," says Sarah McKinney, the campaign's communications director. As baby boomers retire, "there's a wisdom boom that can benefit kids, who are struggling more than ever."

Studies show that intergenerational programs can lead to reading gains, improvement in class behavior and higher graduation rates. Older volunteers can also reap benefits. "There's quite a body of evidence that older people who volunteer, and specifically those who volunteer with children, are happier, enjoy better mental and physical health, and live longer," says Shirley Sagawa, president of the nonprofit Service Year Alliance and author of The American Way to Change (Jossey-Bass, $30), which describes the benefits of national service.

Older volunteers are tutoring, coaching sports, guiding young parents and helping graduates find jobs. If you have specialized knowledge, perhaps you can teach computer skills or a musical instrument in community programs. Those who don't want to work directly with children can ask an organization if it needs help with, say, fundraising or marketing.

Robert Talley decided to go the mentoring route. In 2009, Talley, then an analyst for the U.S. Veterans Affairs Department, moved from Washington state to the Washington, D.C., suburbs. He approached the local chapter of Concerned Black Men, which matches African-American youth with positive role models, and was assigned to work with three teens.

Talley, 60, who retired last year, says he benefited from mentors when he was growing up in Philadelphia and during his years in the military. Mentoring by his high school swim coach was a big reason Talley stayed out of trouble after his father died when he was 16, he says. The coach "literally raised me as one of his own children," says Talley, a father of four daughters.

One of the teens Talley worked with was a seventh grader named Demetrius, who was a "good kid" being raised by a hard-working single mother in a crime-ridden neighborhood.

Talley took Demetrius and the other two teens to museums and to work on community projects, such as a riverbank cleanup project. They also visited Philadelphia. "My message was "where you start out is not where you end up,' " he says. He stressed the importance of education and hanging around with "the right folks in the neighborhood."

Talley took Demetrius for college visits. He's now in an art school and remains in regular touch with Talley. "I try to be a friend--a true friend," he says. Talley has encouraged others to become mentors.

Sixty nonprofit groups are partners with the Encore.org program. You can look for a local volunteer job in or near your zip code at www.generationtogeneration.org.

This article was written by <i>Kiplinger's Retirement Report</i>, Susan B. Garland and Contributing Editor from Kiplinger and was legally licensed through the NewsCred publisher network. Please direct all licensing questions to legal@newscred.com.